The 20-year-old, who was released by The Foxes last month, becomes Scott Lindsey’s seventh capture of the season as he continues to build for the 2022/23 campaign.

Wakeling began his career at West Bromwich Albion’s academy, before dropping down to non-league football two years ago. He was then picked up by Brendan Rodgers in November 2020 before running down his contract at the end of June this year.

The youngster is no stranger to League Two, having spent a brief spell on loan at Barrow last term, where he made four appearances.

Speaking to Town’s Media Team after signing his new deal at SN1, Jacob said: “I’m really pleased to be here and cannot wait to get started. 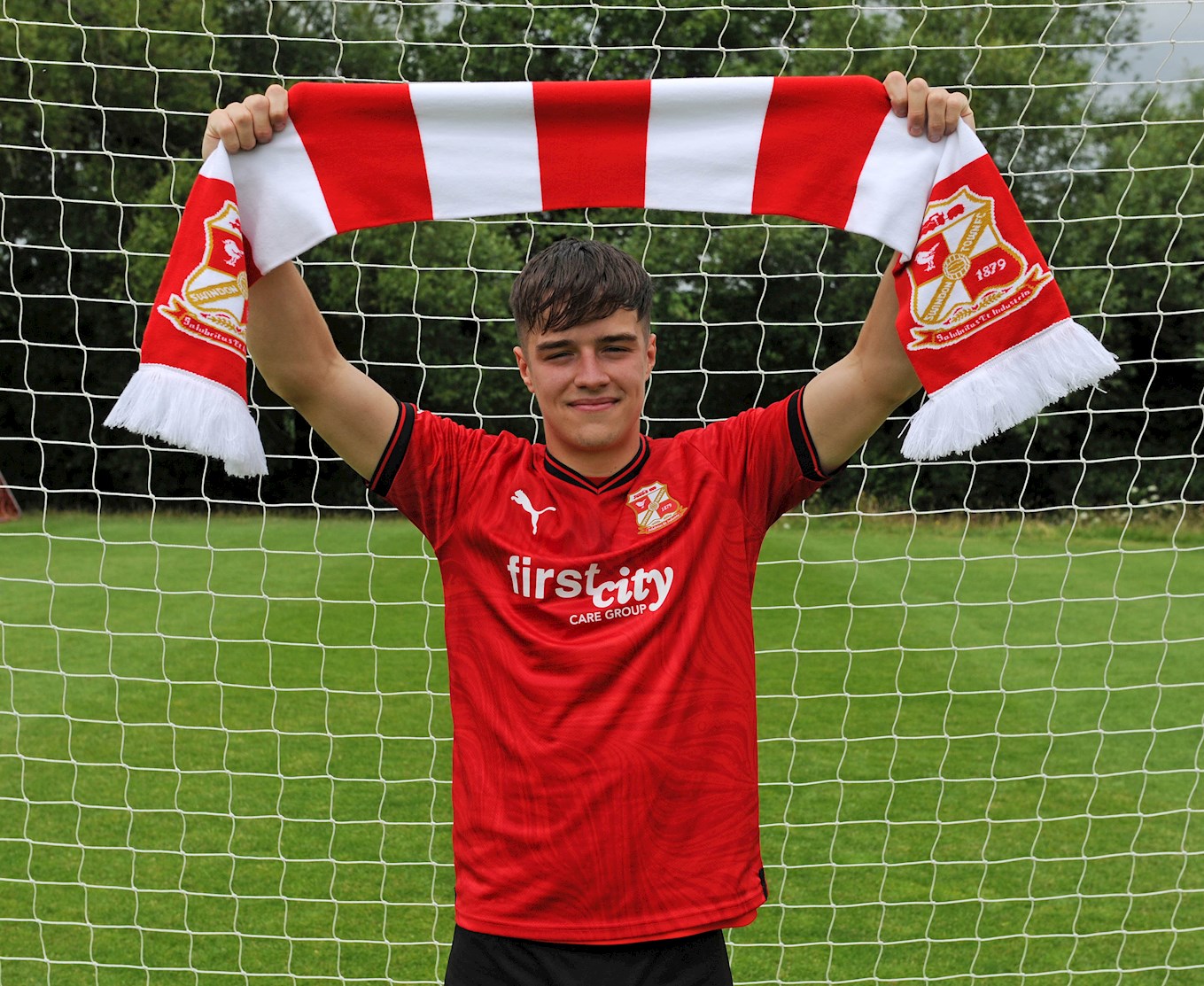 “After speaking to the manager I knew this was the club for me. The way he wants his side to play really suits me with an attacking focus. I’m hungry and cannot wait to show the fans what I can do.

“This is a great club and Scott (Lindsey) is building a really talented young side, so I want to work hard, give it my all and most importantly, score goals.”

“He’s a player we kept close tabs on last season and he’s a real talent that will make people sit up and take notice. His work rate is fantastic and he’s a goal scorer.”