Swindon Town Football Club are delighted to announce the appointment of Scott Lindsey as our new First-Team Head Coach.

Following a thorough and diligent search, Lindsey emerged as the ideal candidate to lead the Reds forward.

Highly-regarded and respected by everyone who has worked under him, Lindsey offers Town some crucial continuity having served as Assistant Manager under former Head Coach Ben Garner last season.

As a result, Lindsey already knows the current squad inside out, he has close working relationships with those currently inside the club and is fully on board with our preferred way of playing.

Lindsey was instrumental in instilling the brand of football that spearheaded Town's success last year, and his promotion to Head Coach will ensure there isn't any change in direction to the way the team will look to play.

Furthermore, Lindsey is in lockstep with Technical Director Sandro Di Michele's philosophies and vision when it comes to recruitment and the direction the club wants to head in.

Having reached the EFL Sky Bet League Two Playoffs in 2021-22 and with a strong core in place, the club felt it was crucial to keep some level of continuity in place in order to give the team the best possible chance of competing for promotion in 2022-23.

Lindsey brings that quality in abundance, and he also boasts a proven track record when it comes to spotting talent and developing it, with current Town player Ellis Iandolo the perfect example having been brought to SN1 by Lindsey in 2015.

With a passion for the club and the local area, Lindsey ticks all of the boxes and we feel strongly he is the perfect man to lead Swindon Town into an exciting new era.

Sandro Di Michele, Town's Technical Director, said: "We have a clear philosophy on how we want this football club to operate and over the last 12 months Scott Lindsey has played a key role in shaping that.

“Scott clearly believes in a possession based, attacking brand of football and he fully supports our data lead recruitment strategy.

“He is hugely respected by the players and has been integral to their development. All these factors made Scott the standout choice and I’m incredibly excited for the future of Swindon Town Football Club with Scott as Head Coach.” 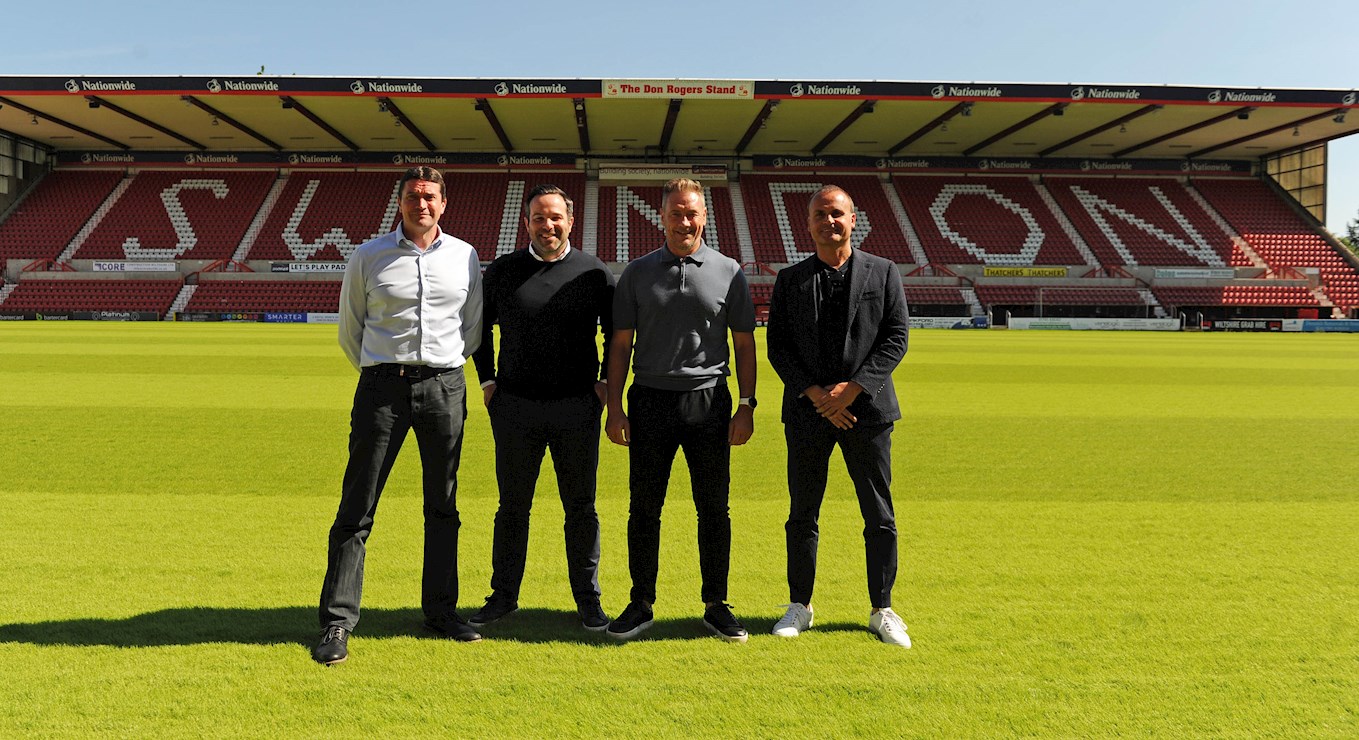 Following his appointment, Scott Lindsey expressed his delight at getting the opportunity to manage the club.

“It means a lot to me to be the Head Coach of this fantastic football club,” he said.

“There’s some great people behind the scenes working here, and you only had to look at last season to see how well supported this club is, averaging nearly 10,000 people every week, which is amazing for this standard of football.

"Away from home the following was just incredible, so to be Head Coach of this club with that kind of following is just fantastic and I’m really looking forward to it.

“The club wanted some continuity going forward and they don’t want to go too far away from how we play, so that was an important factor.

“It is big for me and my family. I worked here back in 2015 as the Youth Coach, I then came back with Ben (Garner) as the Assistant Manager last year and my family have really embraced it. My children all go in the Town End for most home games, and try to get to a lot of the away games too, so it is a really proud moment for me.”

Swindon Town CEO, Rob Angus, said: “We’re really pleased that Scott has agreed to become Head Coach of our club, providing continuity, and he is someone who can develop and improve our players, and more importantly, believes in the way we like to play.

“He has fully bought into our football strategy. He knows our club inside and out and I am sure with Scott at the helm we have a great future ahead of us.”