Swindon Town have tied up another signing with former Bristol Rovers and Wales Under-21 defender Cian Harries heading to the County Ground on a one year deal.

The 25-year-old joins the club on a free transfer having spent last season at the Memorial Stadium, and was part of Joey Barton’s side that clinched promotion to League One in dramatic fashion at the end of last season, making a total of 16 appearances.

Harries was part of the Coventry City academy in the early stages of his career, making nine first-team appearances over a two year spell for the Sky Blues between 2015 and 2017, while also experiencing a loan spell at Cheltenham Town during this time.

He then moved on to Championship side Swansea City, making his full debut in August 2018 in an EFL Cup clash against Crystal Palace and went on to make two league appearances for the club too.

In August 2019, Harries was sent out on loan again, heading to the Netherlands to feature for Eredivisie side Fortuna Sittard, making eight starts and scoring once.

In January 2020, the youngster was snapped up by Bristol Rovers, making a total of 47 appearances for The Gas, scoring a stunning volley in their season opener last term against Mansfield Town.

Although born in Birmingham, Harries has represented Wales at Under-17, Under-19 and Under-21 level. 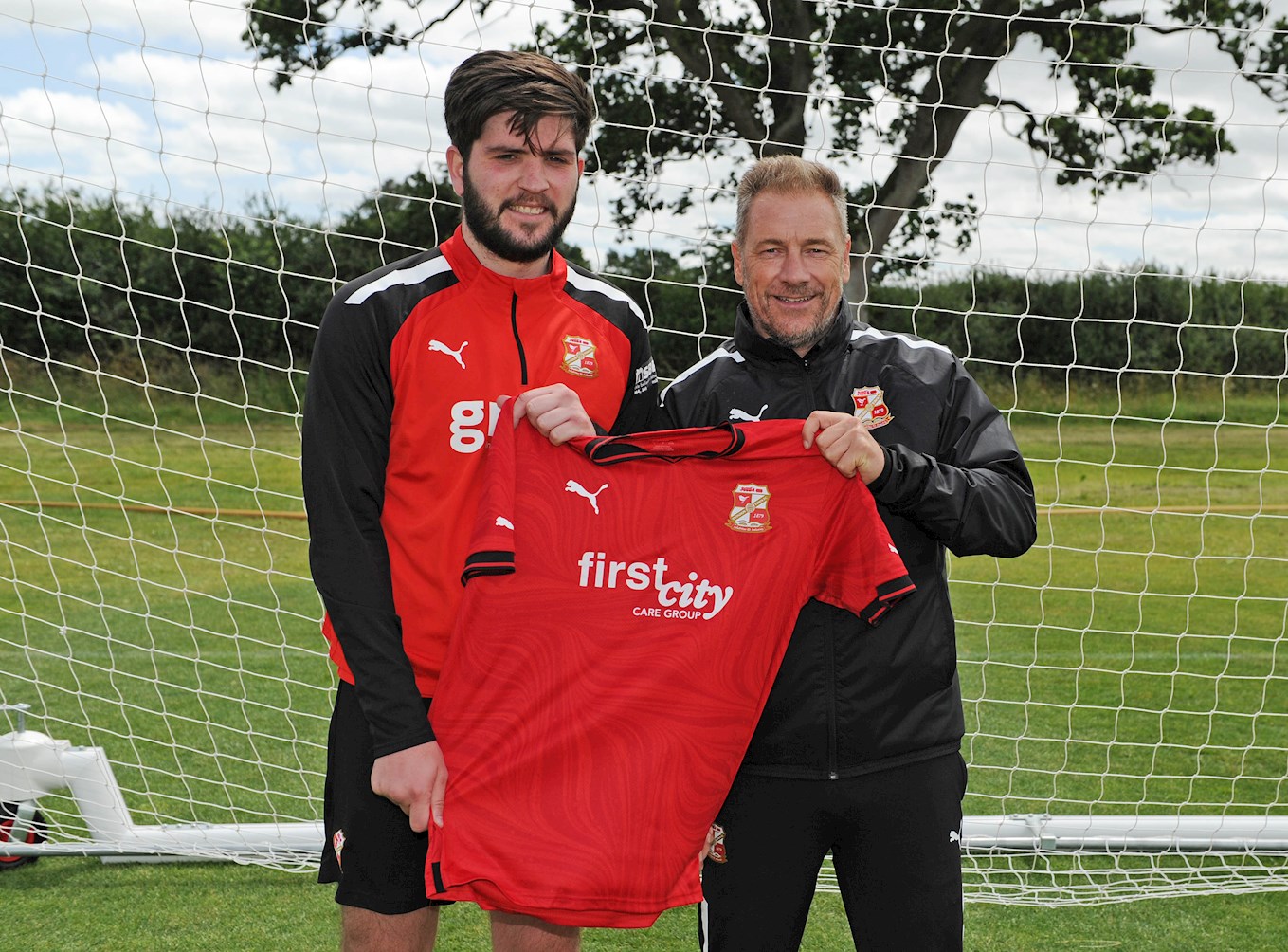 Speaking to Town’s Media Team, Cian said: “I’m really pleased to be here and thankful for the opportunity the manager has given me to come to this great club.

“Swindon have a fantastic fanbase and great potential, so this wasn’t a tough decision to make and I was really eager to get the deal over the line.

“I’ve had some really good experience playing abroad and being part of a side that got promoted last term, so I like to think I’m adaptable and know what is required to compete at the top end of the league.”

“He’s a left-footed centre-half that will give us more balance and is an incredibly gifted footballer, so I’m delighted to have him join us and this signing really strengthens us at the back.