Middlesbrough goalkeeper Sol Brynn has been added to the Swindon Town ranks, with the 21-year-old completing a season-long loan move from the Championship side.

Sol has been part of the Boro Academy since 2009 and has made huge strides in their Under-18 and Under-23 age groups.

During the 2019/20 campaign, he was included on the bench for the first-team’s FA cup ties against Premier League giants Tottenham Hotspur, and the following season in the Championship for games against Birmingham City and Wycombe Wanderers.

Sol got his first taste of senior men’s football last term when he spent the season on loan at Queen of the South, featuring 16 times in the Scottish Championship.

Speaking to the Media Team, the talented stopper admits he can’t wait to get started and battle it out for the number one jersey. 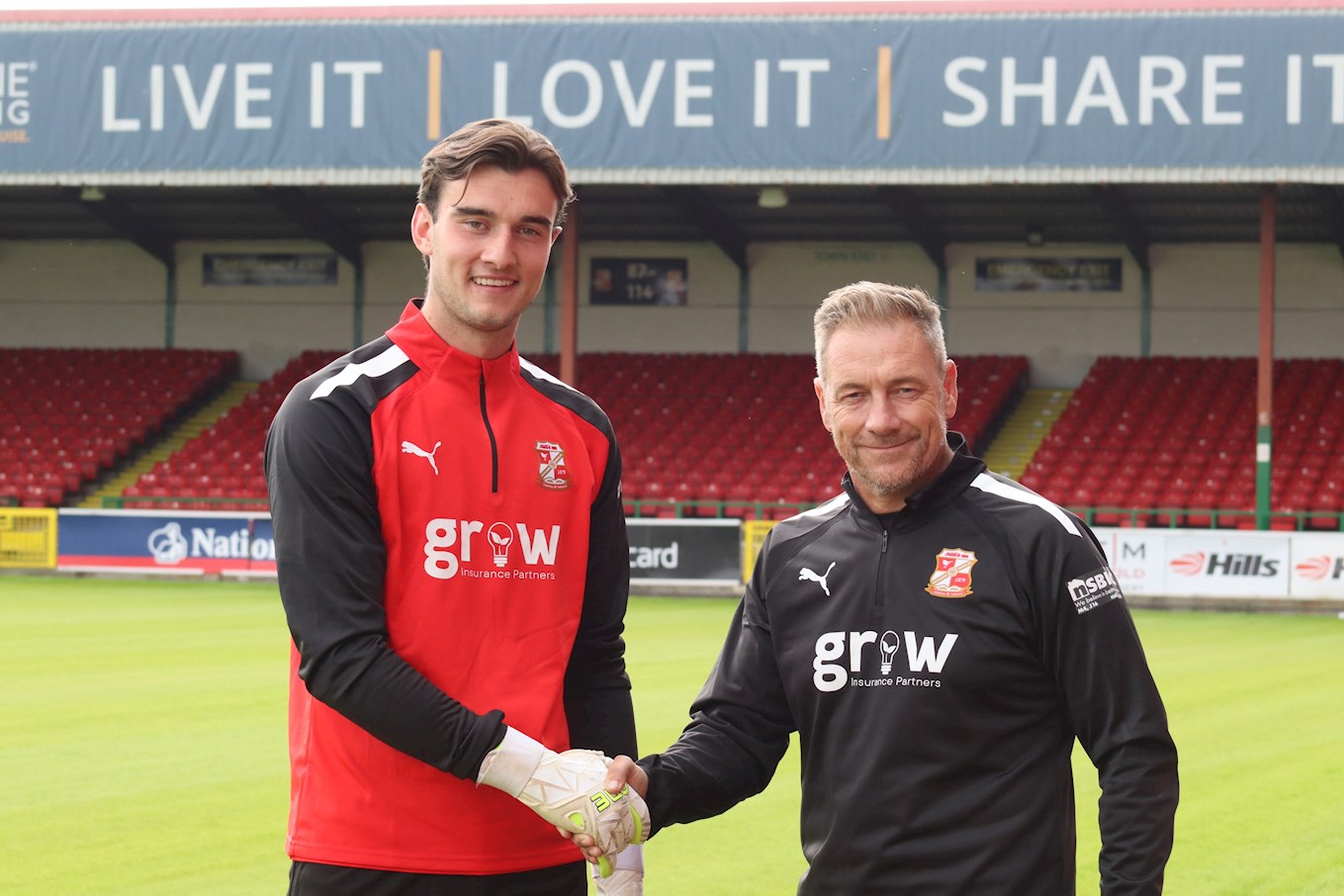 “This is a great move for me and I’m really excited to get pre-season underway and work hard to earn my place in the first-team.

“Spending time on loan last season in Scotland taught me a lot. It’s made me a stronger, more confident goalkeeper, and I really feel I have something to offer this season, so hopefully I can prove myself to the new manager and become a regular starter.”

First-Team Head Coach, Scott Lindsey, commented: “Sol is a really important signing for us and joins with huge potential.

“He’s a hugely talented goalkeeper who got his first taste of senior football last season in Scotland and is maturing really well, so we’re looking forward to seeing him develop further at the football club.”

“He’s an intelligent young keeper with huge pedigree and has already represented England at youth level. He also understands our philosophy which is really important.”