Using the tagline ‘The Past Woven Into The Present,’ our new Home and Away Shirts celebrate the club’s storied history while fully embracing our exciting future.

Coming off a year in which the Reds were just one game away from Wembley despite starting the season with six players, coupled with the huge strides made off the pitch under the new Ownership, the present and indeed the future looks incredibly bright for the Club.

As a result, we wanted our new kits to symbolise the exciting journey we’re currently on, while also paying homage to our glorious and rich history.

The new kits also feature new Principal Partner, First City Care Group, as our Front of Shirt Sponsor for the very first time in another move that makes it clear Swindon Town is all about its community.

Our new 2022-23 Home Shirt pays tribute to the first-ever Town team to have played in the Premier League, with the swirl pattern featured in the main body of the shirt part of the beloved kit that was worn during that memorable 1993-94 season in the top flight.

This year’s shirt also features a bold red and black trim on the collar and on the sleeves, with the design again embracing the past while also looking ahead to the future.

The 1993-94 design is cherished by Town fans due to that era being one of the most successful in Club history, and we hope our 2022-23 Home Kit goes on to be regarded as successful both on and off the pitch. 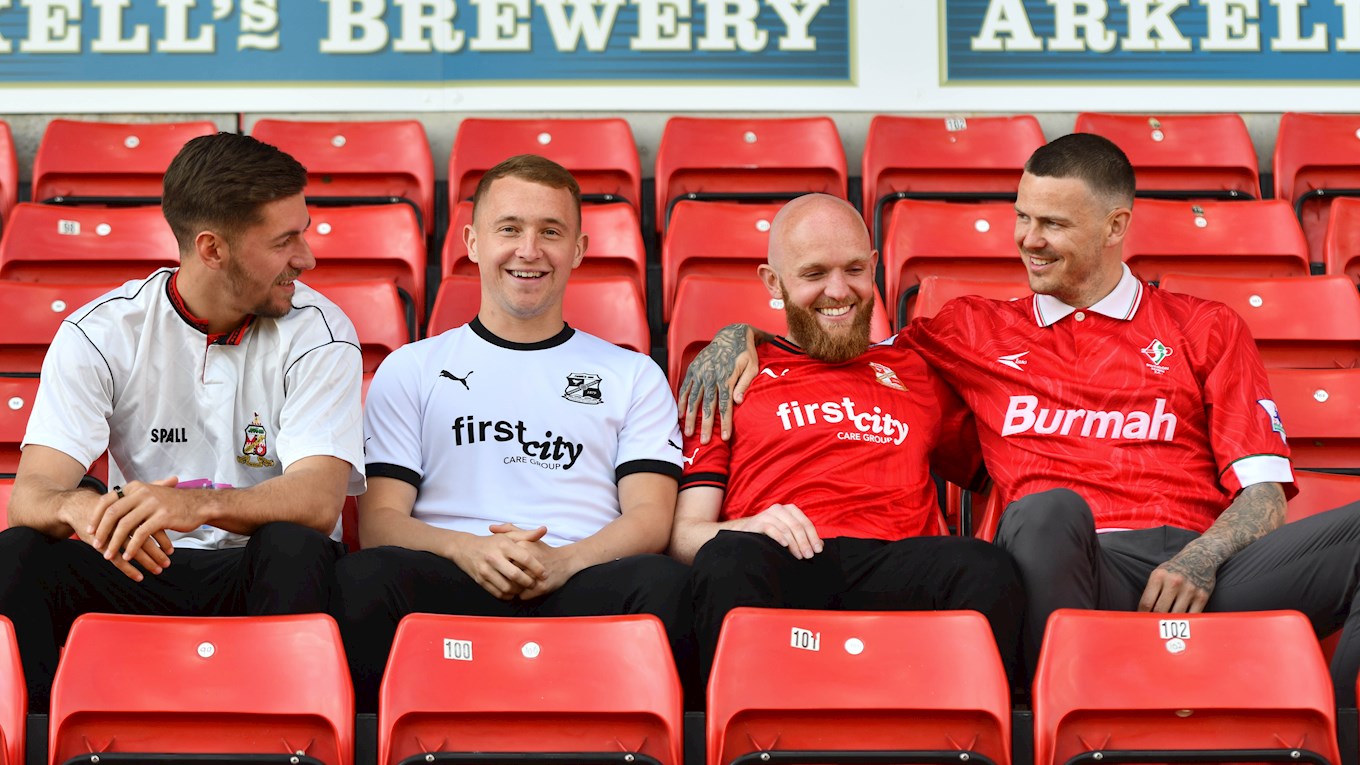 This kit pays tribute to the legendary Town team that earned promotion to the Premier League at the end of a historic 1989-1990 season.

Our heroes, including the late great Alan McLoughlin and Club legends like Steve White, Paul Bodin and Colin Calderwood, wrote themselves into the Swindon Town history books wearing a clean and sharp white shirt.

This year’s Away kit pays homage to that squad and the heroes of yesterday with a striking white shirt, complete with black trimming. It is a bold look and one that will be worn with pride by our heroes of today.

We took immense care and pride in designing this year’s Home and Away Kits and we look forward to them contributing to another memorable chapter in the Club’s illustrious history.

We can’t wait to see you all wearing them home and away throughout the 2022-23 season!

Our new kits have again been manufactured by Official Kit Suppliers, Puma, and we thank the team for their support and work in helping us to design and produce our new Home and Away Shirts for the 2022-23 season.

Both our 2022-23 Home and Away Shirts will be on sale in the new and improved STFC Store from 12pm on Thursday.

These will be also be online from 12pm on Thursday.

The STFC Store will be open until 6pm on Thursday.

We look forward to seeing you at 12pm inside the brand new STFC Store on Thursday!