In what’s been a hectic day of fixture announcements, Swindon Town have been paired against fellow League Two side Walsall in the first round of the 2022/23 Carabao Cup.

The Southern Section tie will be played at the Bank’s Stadium on Tuesday 9 August.

Town, now under recently-appointed First Team Head Coach, Scott Lindsey, exited the competition at the first round last season, losing on penalties to Cambridge United following a goalless draw at the Abbey Stadium. 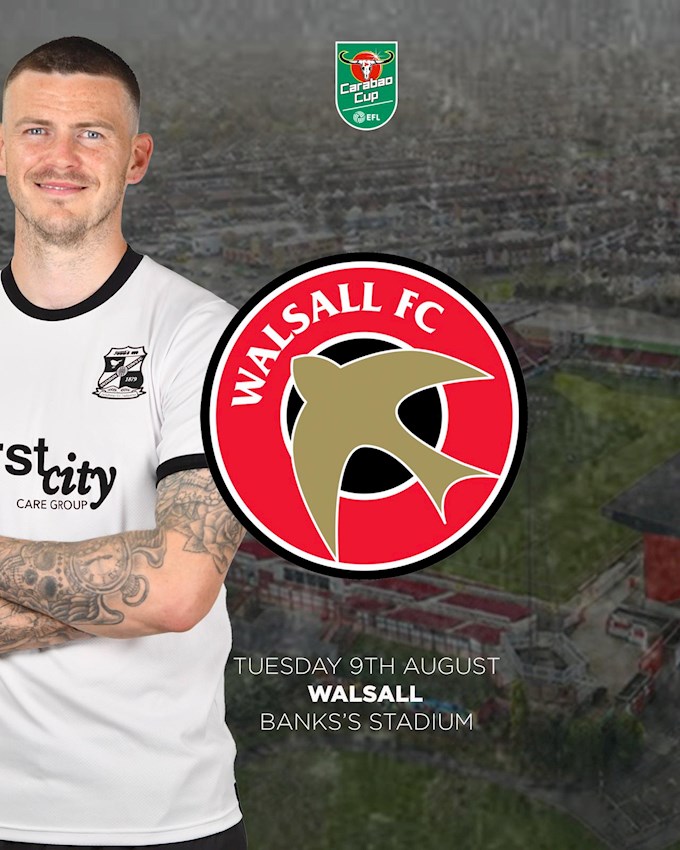 Walsall suffered a similar fate last term, going out at the opening stage on spot kicks to Doncaster Rovers.

Ticket details and prices will be announced in due course.