Swindon Town Captain Dion Conroy was just happy to contribute to a huge win after steering his team to a 1-0 victory over Oldham Athletic on Saturday.

With this EFL Sky Bet League Two contest scoreless heading into stoppage time at The County Ground, Conroy popped up with a late, late header to secure a massive three points for his team.

And, in the wake of the contest, Conroy sat down with the local media to look back on what this victory means on what was an emotional afternoon for the Captain.

"I felt like we deserved the win," Conroy said.

"We dominated the game and it has been like that in a lot of games this season, and we just haven't got that winning goal.

"To get that winning goal right at the end was an amazing and great feeling.

"Now we can take that into the rest of the season.

"We said at half-time that you could see in the first-half it was coming, it was just the final ball and it was the same in the second-half with that last little ball not being quite on the money.

"It has been like that a lot this season and we just have to be patient and stick with it. 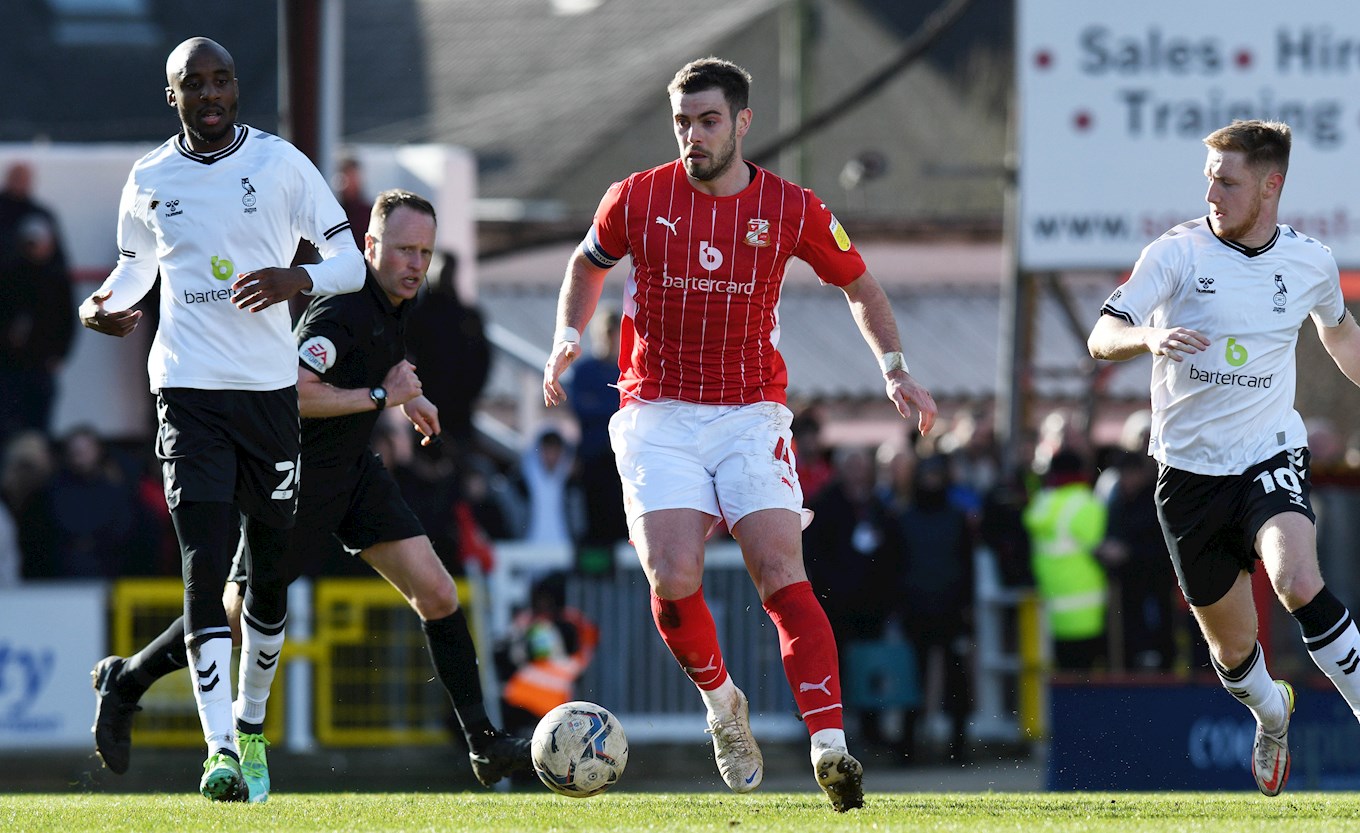 "It paid off in the end.

"I said after the game I don't care if I never score again - I was happy with that one.

"To get the three points was massive and hopefully now we can push on for the remainder of the season.

"It felt good to score that goal, a lot of things went through my mind when I went to celebrate and it is football - I'm just happy for the team to get the three points and the clean sheet.

Conroy also went on to praise Mandela Egbo, who came on to make his Town debut and impressed, having a hand in the winning goal.

"Mandela has been training with us for a while now and he's a top, top player," Conroy continued.

"I was buzzing to see him come on and make a great impact.

"I'm looking forward to seeing what he can do for the rest of the season."