Swindon Town Football Club are delighted to announce that Harrison Minturn has signed his first professional contract with the Reds.

The hugely talented defender has been rewarded with a pro deal after impressing Head Coach Ben Garner this season, and he will now join up with the Reds for preseason ahead of his first full professional season in 2022/23.

With the Academy for over 12 years, Minturn has worked his way up through the ranks, showcasing his considerable ability with and without the ball and in both boxes in the process.

He has trained with the first team on a number of occasions this season, making his first-team debut against Newport County in the Papa John's Trophy in November 2021.

Minturn has also featured on the bench throughout the year for Town, while he has enjoyed two hugely successful loan spells with Chippenham Town where he stepped up to the level and thrived playing against men and superior competition.

"He's been in the Academy since the age of eight, playing at every level and impressing with his commitment and his worth ethic.

"He's gone out on loan this season to Chippenham to play men's football at a very good standard in the Conference South, and he's developed very well.

"We feel he's got a very bright future. The hard work for Harrison starts now, can he follow in Harry Parsons' footsteps in being part of the first team on a daily basis.

"Ben Garner has proved this season that he will give young players an opportunity to progress and the freedom to go and play.

"For us at Swindon Town Football Club, the Academy is paramount. We're putting an awful lot of work in to make that pathway from the youth to the first team a successful transition over the next five years." 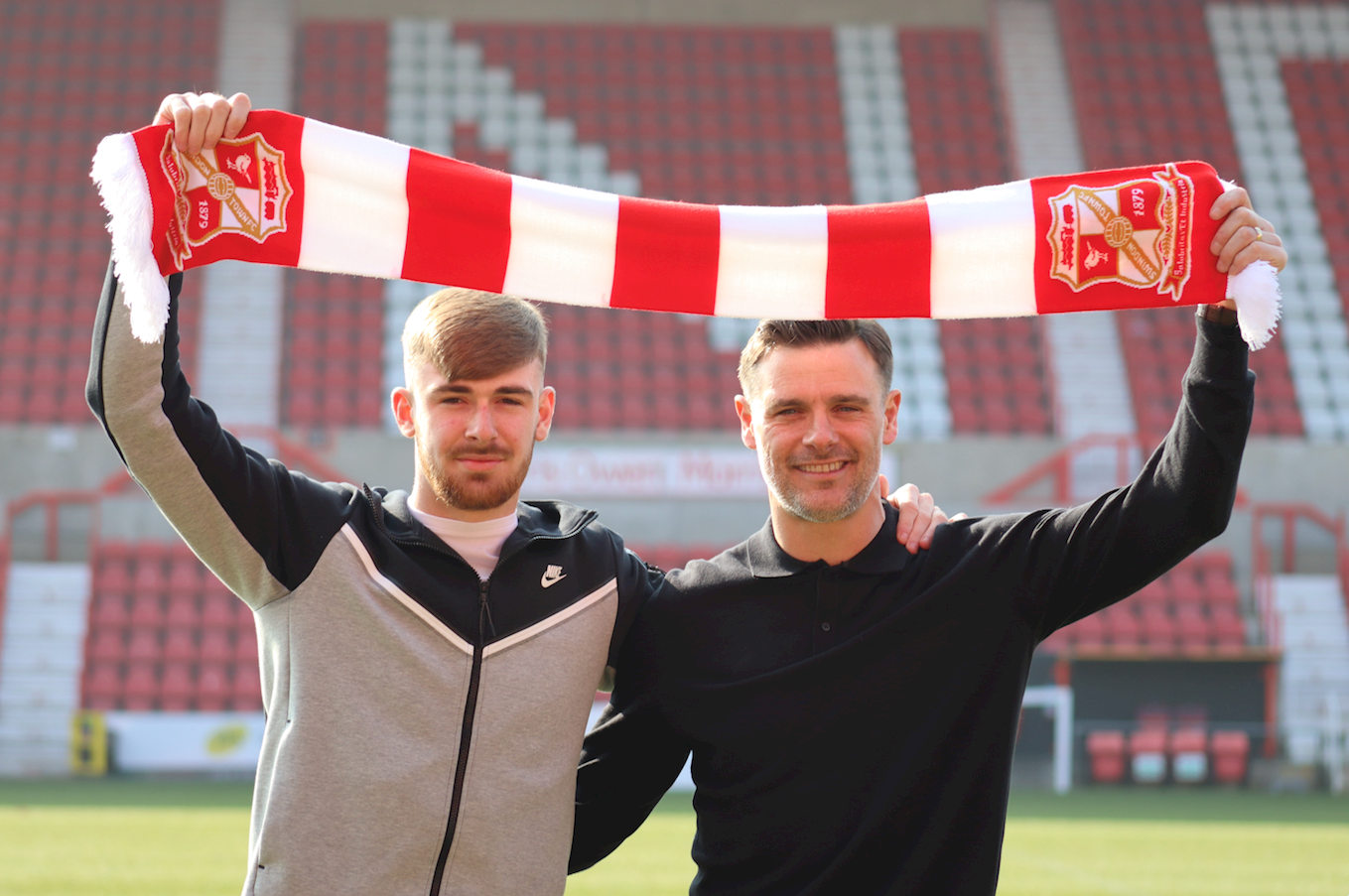 Having now signed his first pro deal, Minturn opened up on just how it means to have agreed terms with his boyhood club, as well as look ahead to the hard work that lies ahead.

"It is huge to me and my family, especially being from Swindon myself," Minturn told swindontownfc.co.uk.

"I've been at the Academy for 12 years so for that hard work to pay off is huge, and it means a lot to be part of this club.

"Watching the games when I was younger, then joining the Academy and working all the way through to being privileged enough to be with the first team week in and week out - it is massive.

"I just want to be able to compete in preseason and make sure I'm in and around it.

"If I am called upon, I want to show what I can do and I want to be here as long as I can."