Swindon Town endured a night to forget after suffering a 3-1 defeat to Exeter City in the EFL Sky Bet League Two at St. James Park this evening.

Jevani Brown gave the home team an early lead, an advantage that was doubled soon after by Jonathan Grounds with the visitors struggling to grab a foothold in the game.

Matt Jay added a third for the Grecians late in the second-half and, while Jack Payne scored late on, Jay's strike capped off what was a tough and forgettable night for the Reds.

Town Head Coach Ben Garner made three changes with all three enforced as Brandon Cooper and Joe Tomlinson missed out through injury, while Harry McKirdy served the first of a two-game ban.

As a result, there were starts for Captain Dion Conroy, Mathieu Baudry and Ryan East with the Reds going in search of a huge three points.

Town started well as Ricky Aguiar's driven cross just evaded Rob Hunt at the far post, while Jojo Wollacott was closed down quickly at the other end, which led to Jack Sparkes seeing his dangerous cross just evade a teammate.

It was the hosts who landed the first blow of the night, though, with Jevani Brown thumping home a smart finish after the Reds couldn't clear their lines from a corner.

Louis Reed fired over the crossbar in response moments later, but Exeter would double their lead with less than 30 minutes played after Jonathan Grounds applied the finish from close-range from a corner.

Exeter were in cruise control and they came close to extending their lead as Sam Stubbs planted a free header wide from a corner, before Wollacott denied Brown with his legs and Sam Nombe then curled an effort over the bar.

Town were all at sea as Nombes' deflected shot nearly crept in at the far post, before Stubbs poked wide from the resulting corner with the visitors struggling to deal with set-pieces. 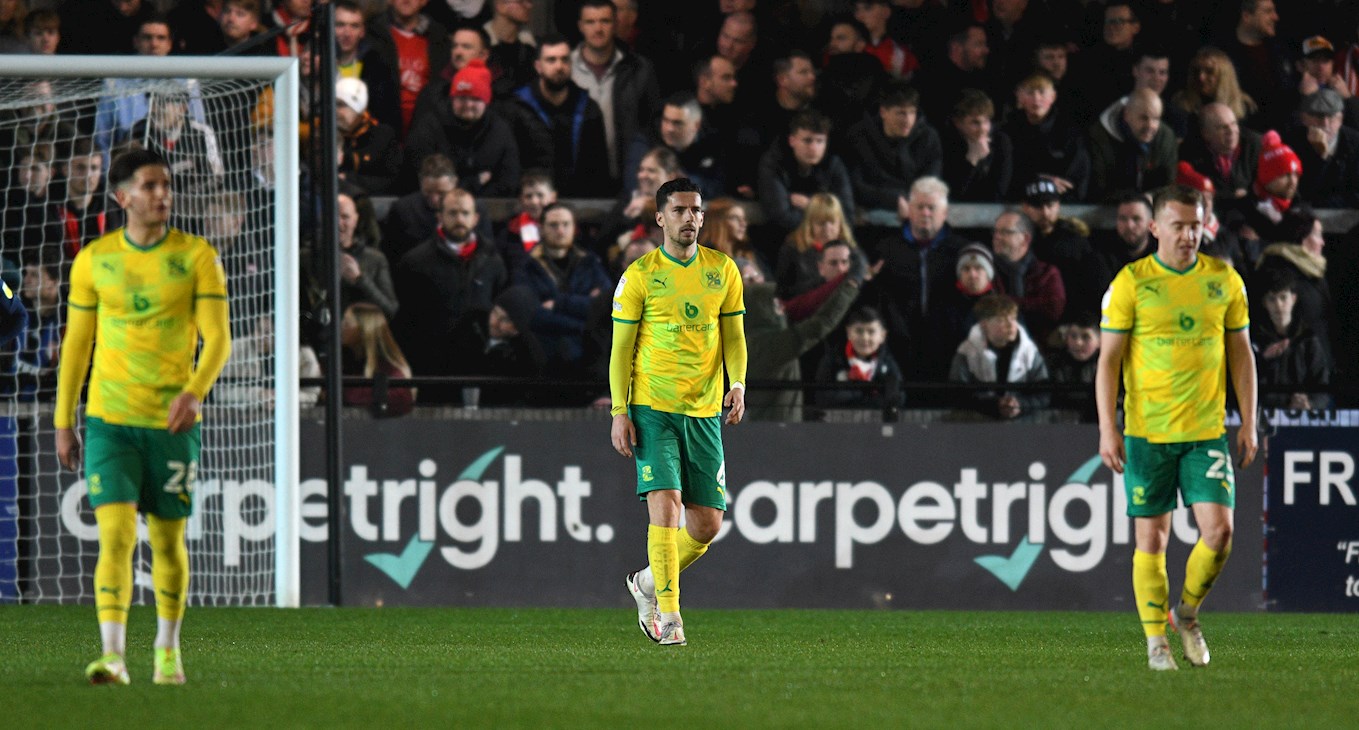 Town made a change to start the second-half as Jack Payne replaced Ryan East, with the emphasis on attacking urgency for the remainder of the game.

Payne tried to make a difference as he started a dangerous attack past the hour mark but his shot went over the bar, before Rob Hunt made way for Jayden Mitchell-Lawson. 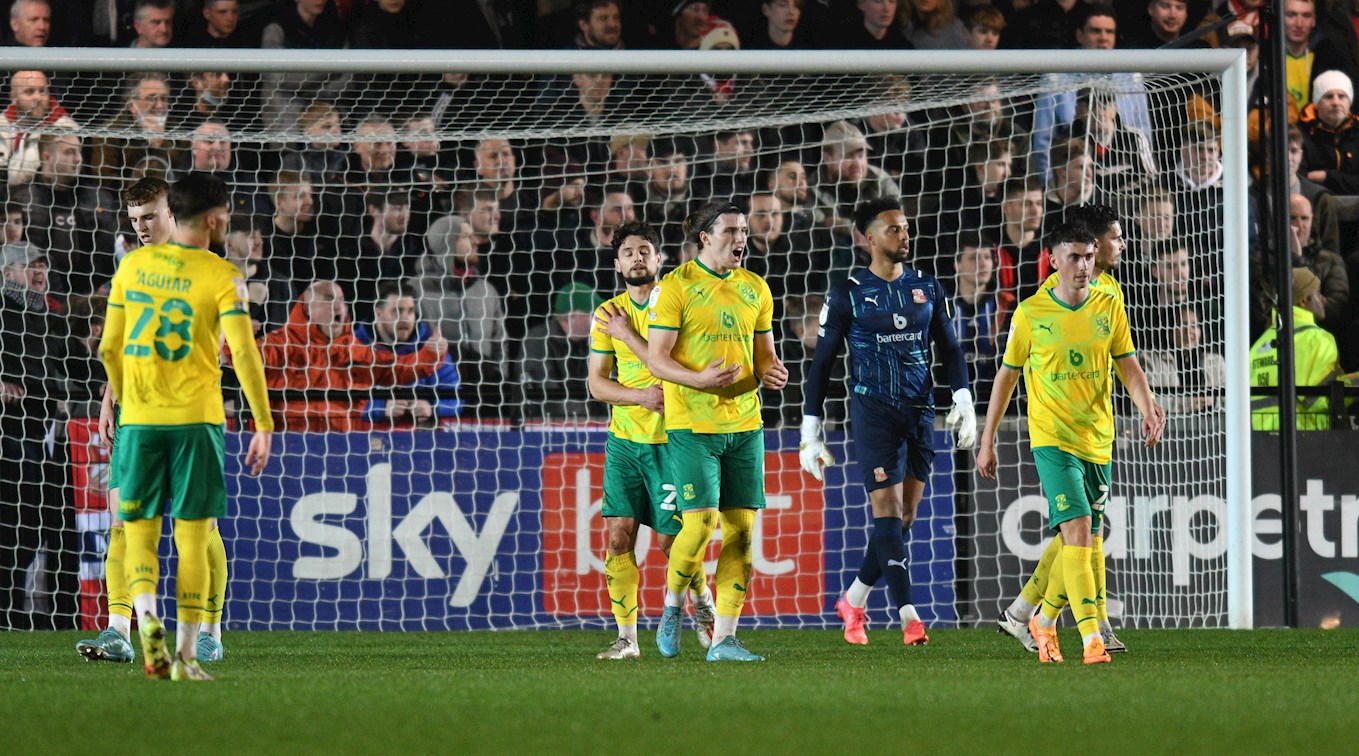 Town then made their third and final change with Akin Odimayo replacing Jake O'Brien, while Wollacott had to be alert to deny Sweeney.

With less than 10 minutes remaining, Exeter wrapped up what proved to be a comfortable win with Matt Jay finishing from inside the area, and that sealed Town's fate on what was a night to forget, despite Jack Payne adding a late consolation.