Jack Payne admitted that he couldn't have written a better script after capping off his comeback in stunning fashion this afternoon.

Out for more than two months with a knee injury, Payne was named amongst the subs for this afternoon's game against Bradford City at Valley Parade in the EFL Sky Bet League Two.

With the game poised at 1-1 after Harry McKirdy cancelled out Gareth Evans' opener, Payne came off the bench and reminded Town of just what they missed after smashing home the winning goal from the penalty spot with the last kick of the game.

And, in the wake of a huge win on the road, Payne met with the local media to reflect on his star turn in the Reds' win and his long-awaited comeback.

"I couldn't have painted a better picture myself," Payne said.

"It couldn't have gone any better for me, let's put it that way.

"I was quite impressed with Bradford, they started really well, then we got back into the game and our goal was maybe a little against the run of play, so we did well to make it 1-1 and they had a real go at us in the second-half.

"We were under quite a bit of pressure but we showed a real togetherness in staying compact and defending really well, and we know with the quality we've got upfront we are always going to create chances.

"Luckily we won a penalty and we did really well to get the win.

"Communication was really important and we adjusted the formation slightly, and we do a lot of work in training and get a lot of information so it is no surprise that we all know what we are doing.

"We work well as a team, we have a lot of high-energy, intelligent players with good positioning and we all cover each other's backs, so we were able to withstand the pressure. 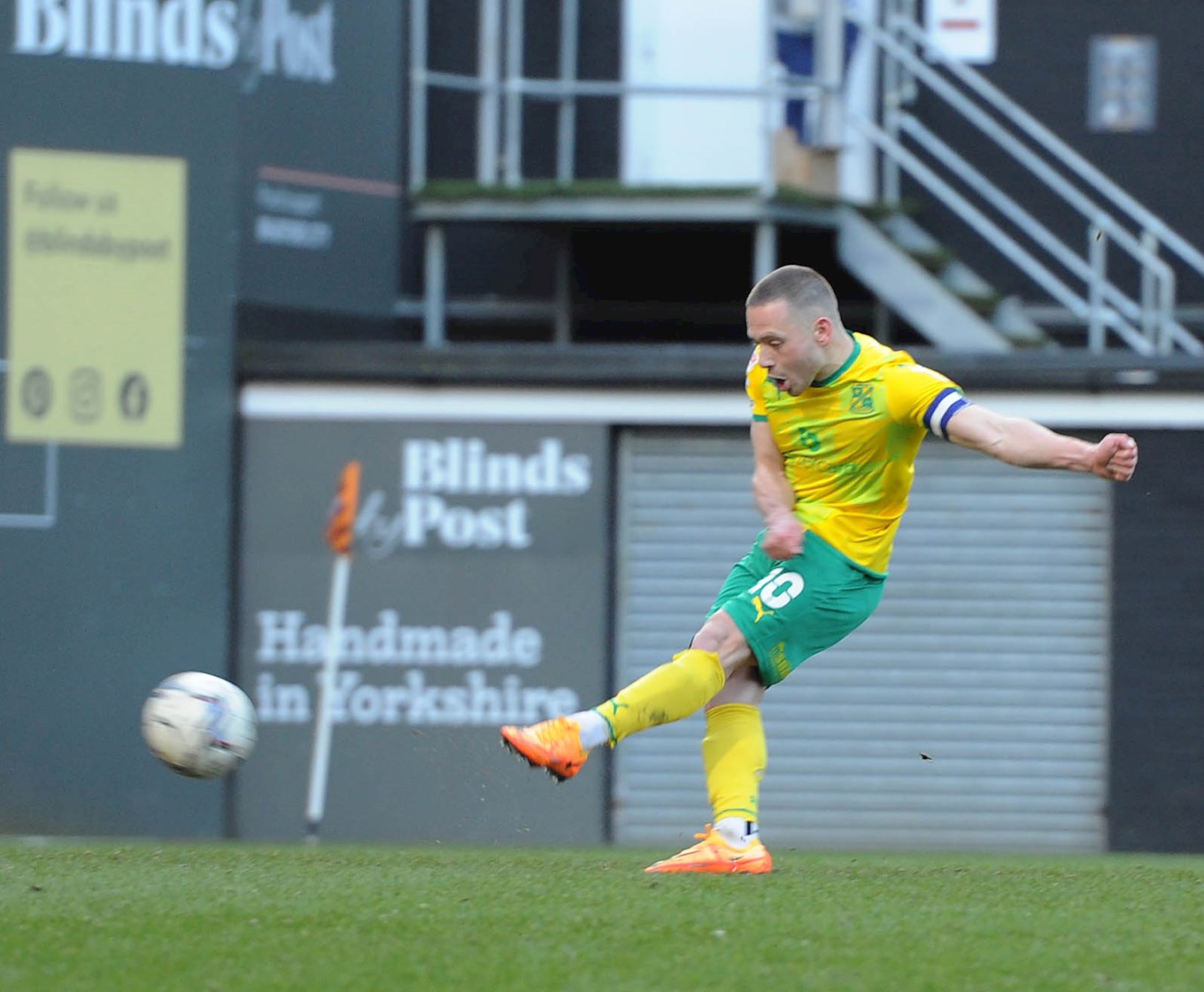 "Jojo Wollacott was unbelievable. He made some unreal saves and he keeps us in the game.

"We don't get the chance to get the win if it wasn't for those saves.

"In terms of the penalty, there's not a lot going through your mind and when I am fit, I practice a lot of penalties, I have a routine and I stick to that no matter the time.

"It was meant to be and I was really pleased when it hit the back of the net."

And Payne went on to detail the last couple of months from a personal point of view, with the road to recovery proving a long one for Town's No. 10.

"I'll be honest, it has been really frustrating," Payne added.

"It has been a proper tough couple of months and I didn't think it would be this long. They did say it would take eight weeks but, for whatever reason, I convinced myself I would be back quicker, I tried to get back quicker and I maybe pushed it too early.

"Every week I thought it was going to be this week and it hadn't quite happened. It was nine weeks today since I did it in the Northampton game, so it has been really tough but I'm back now and hopefully I can get back into it."