An injury-time wonder strike from Jack Payne came too late in the game for Town to launch a comeback, as goals from Jevani Brown, Jonathan Grounds and Matt Jay had already sealed the victory for The Grecians, who now sit in third place.

You can browse through the gaffer's thoughts on the game below...

I think in the first fifteen minutes we started brilliantly, very very good. Controlled the game, created opportunities. It was a really really positive start and then in the next ten minutes, the whole game plan went out the window if I’m honest. We conceded two very poor goals, gave ourselves a mountain to climb. Huffed and puffed and tried to get back into the game, but we couldn’t get back in it and, yeah, we shot ourselves in the foot in that ten minute period and that’s what has cost us the game. 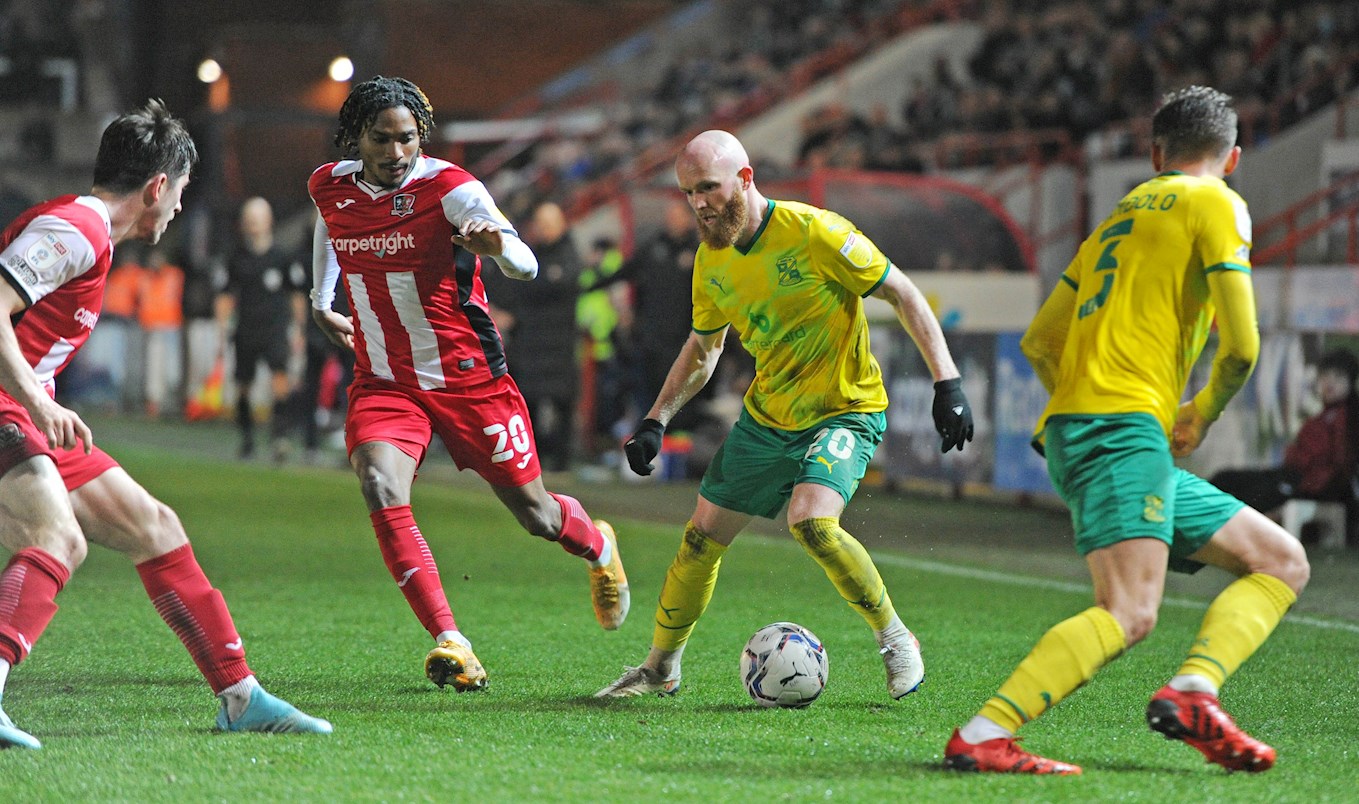 We didn’t do it properly tonight, we didn’t defend properly off of set plays. We’ve been pretty good over the course of the season, we were excellent on Saturday. For whatever reason, tonight we didn’t mark well enough, we didn’t compete well enough and Exeter do that well, they do that very well and I don’t think you can win coming here if you’re not going to do that well.

We’ve lost two players that have done very well for us (Brandon Cooper and Joe Tomlinson injured), you know, we’re down to fourteen outfield players that are fit and available, so we had to patch one or two up and get them out there tonight. But that’s where we are, that’s no excuse, that’s the situation we’re in and we’ve got to find solutions moving forwards and make sure we bounce back quickly on Saturday against Oldham.

GARNER ON ATTEMPTS TO GET BACK INTO THE GAME

I think the goals knocked us. Like I say, I thought we started the game ever so well. We were moving the ball well, had good possession and we looked a real threat. I thought we had some really good opportunities early on, with one flashing across the goal which was a really good chance, and then when we conceded the first, it gave the momentum to them and when the second goes in, you know, you get two goals in that period and it knocks the stuffing out of you a little bit.

We need to make sure we stick to what we’re going to do in terms of our game, I don’t think we did that well enough in the second half and we’ve got to show the character that when things do go wrong in games, that we can turn it around and stay in games.

Even in the second half, if you stay at 2-0 and then Payney (Jack Payne) scores that wonderful goal, you’ve got two minutes to try and force an equaliser and cause panic, and you know, we’ve got to do that. You’ve got to stay in the game. At two, you’ve got a chance, at three, it’s gone. So, lots of bits to learn in there, but, like I say, we’re limited on numbers, we’re limited on options, but we’ve got to do much much better on Saturday. 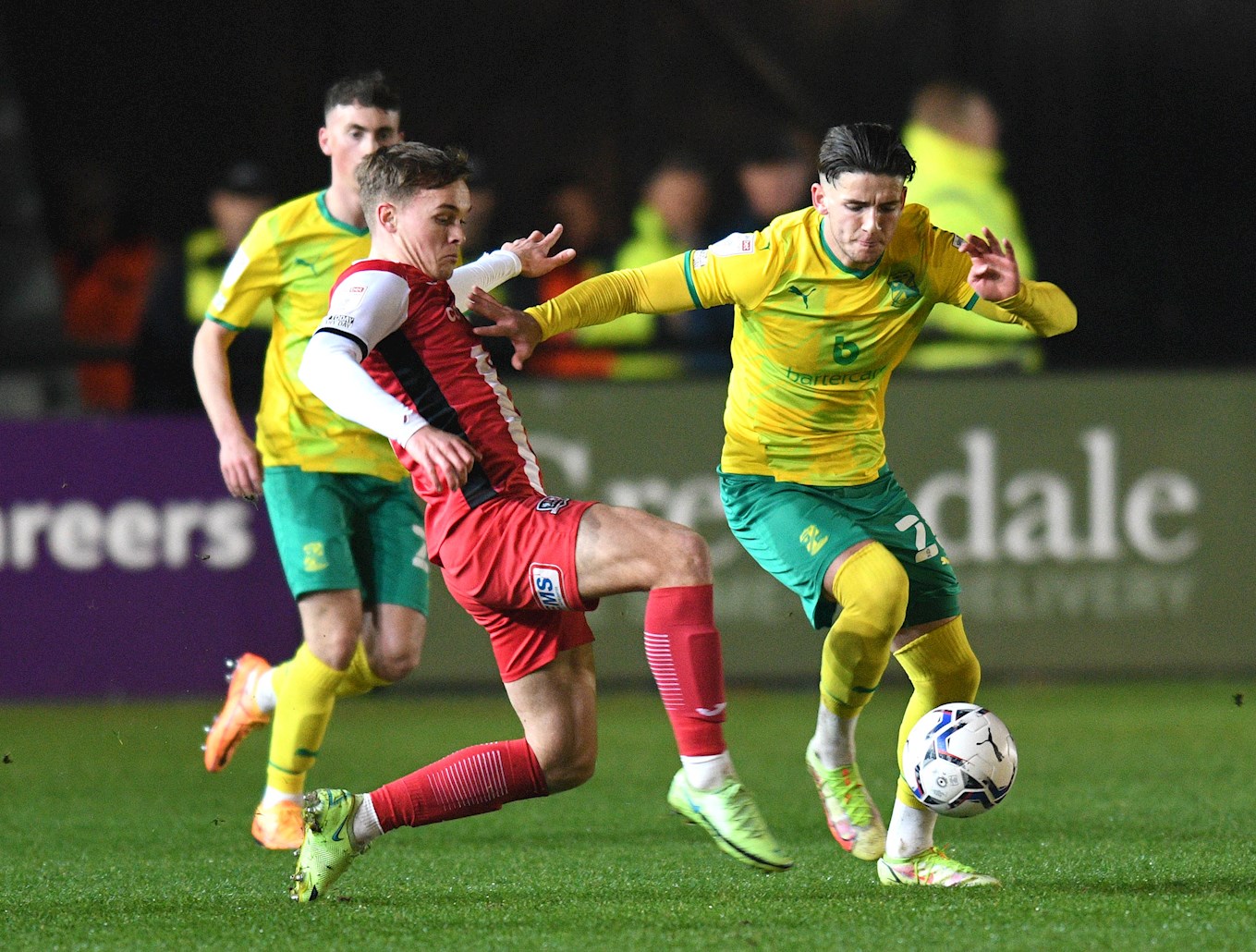 I thought every time he was fouled it wasn’t given, and every time he challenged the other way it was given, so it was a tough night for him in that respect. I didn’t think he was helped at all, but we didn’t get enough - apart from the first fifteen minutes and the odd spell - quality to him, we didn’t have enough periods of play, so we know we can play a lot, lot better. We know that’s not a true reflection of what we can do. It’s a quick turnaround at the moment, we can’t be down, we can’t be sulking, we’ve got another game on Saturday, we’ve got then another home game Tuesday, and then another game the following Saturday, so we’ve got three games now to try and put that right. If we can bounce back and win the next two, then this becomes not irrelevant, but less of an impact on us.

Yeah, I think it was tonight. I think we’ve had good success playing a back four in recent games and in terms of the personnel available and what we could do, I felt that was the best way to go tonight. We started the game really well, like I say, really good. I wouldn’t put it on the formation, we didn’t perform well enough and we just didn’t play well enough to impact the game, regardless of formation. If you don’t play well, and you don’t have enough players performing in the game, that’s what the outcome is.

I don’t think anyone in there has played well tonight, and we accept that as a group, it’s always as a group that we take things on. Certainly won’t be singling anyone out and we take it on the chin as a group. Obviously, I accept it as head coach, and we get back to work very quickly. 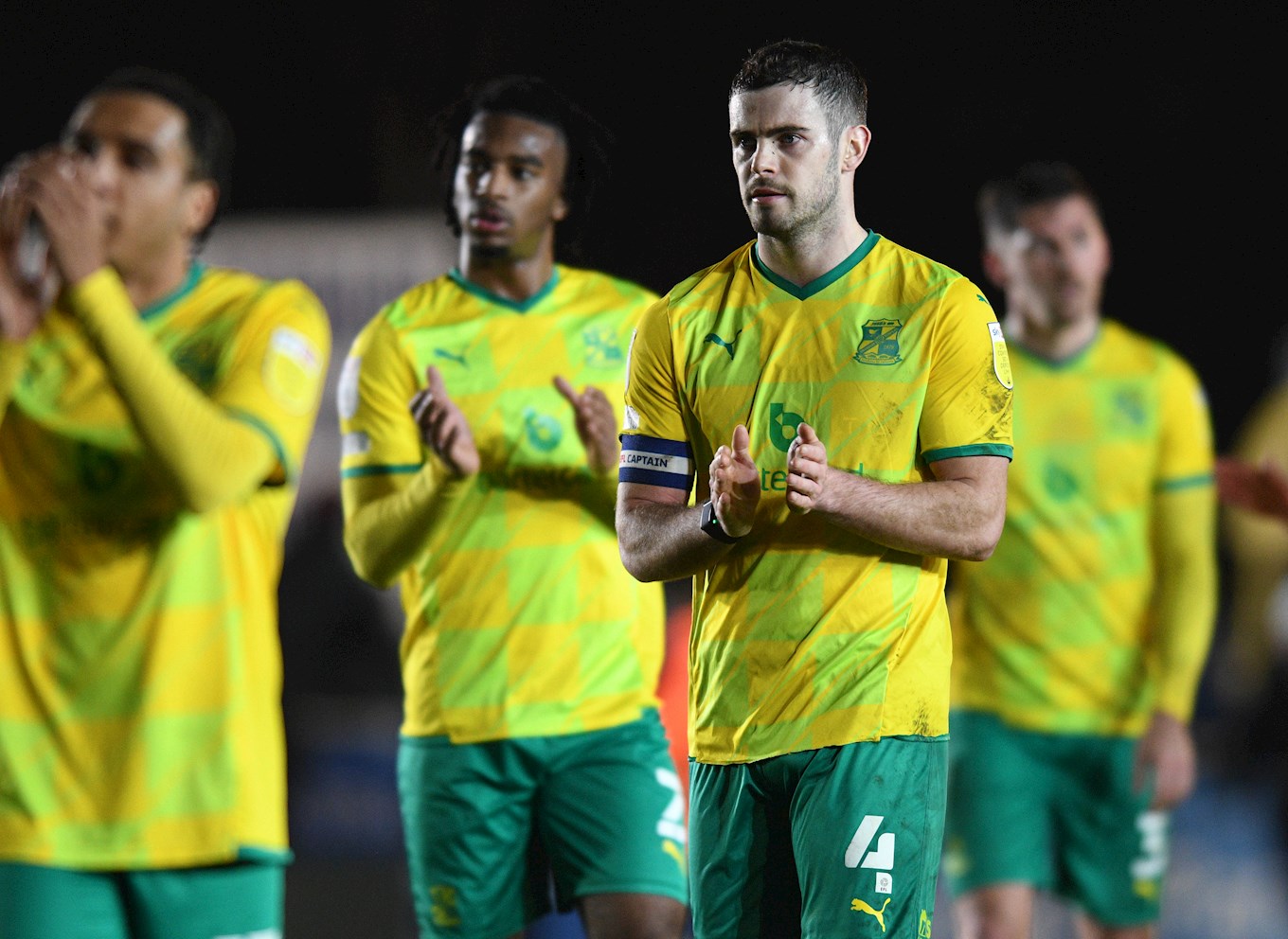