The Reds take a 2-1 advantage into tonight's game, which is live on Sky Sports with a 7:45pm Kick-Off, and there is everything to play.

And, speaking to the local media ahead of the game, Garner outlined the approach for his team as they look to get the job done and secure a trip to Wembley in the Playoff Final.

"We need to be brave, we need to show the courage that we have shown throughout the season," Garner said.

"The game on Sunday, I think the first 15 minutes, when you’re trying to play into feet and you’re constantly getting fouled, it’s not being managed well, the game, it does affect you because you think well every time I’m getting the ball here, I’m getting tackled from behind, I’m getting fouled.

So, we need the officials to be better on Thursday, in my opinion, in terms of managing that and allowing players to play the game.

"We need to improve in that respect ourselves. Our mentality needs to be good and we need to show our quality as well.

That’s not us, that’s not the way we play.

So, yes they’ll be determined, yes they’ll come out fighting and obviously have got to chase the game, but we’ll be doing the same.

"We’ll be going there to win and to attack the game." 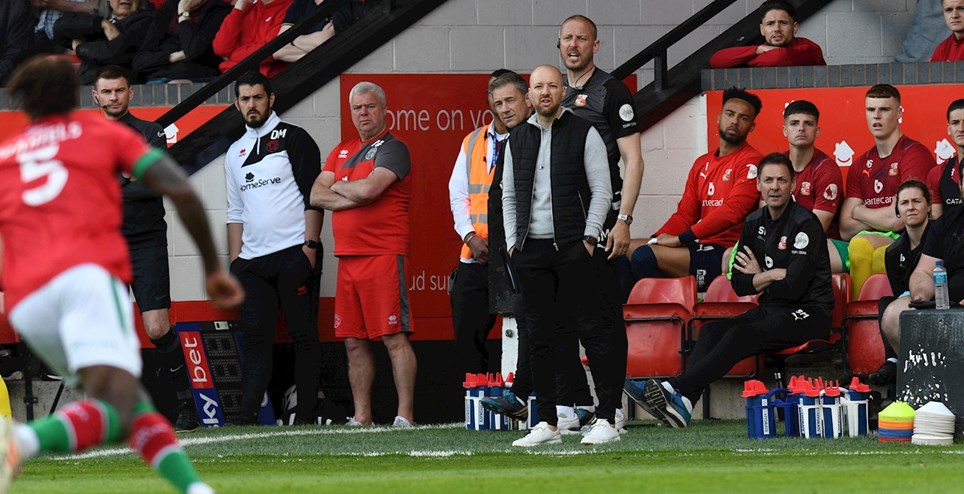