Josh Davison opened the scoring in the 22nd minute for the hosts, and Louis Reed's 85th-minute strike was enough to seal all three points, despite  Matthew Platt netting for the visitors in the 83rd minute.

GARNER ON THE RESULT

"Fantastic. It’s in our own hands now and that’s exactly where we want to be and we look ahead to Walsall next Saturday now. 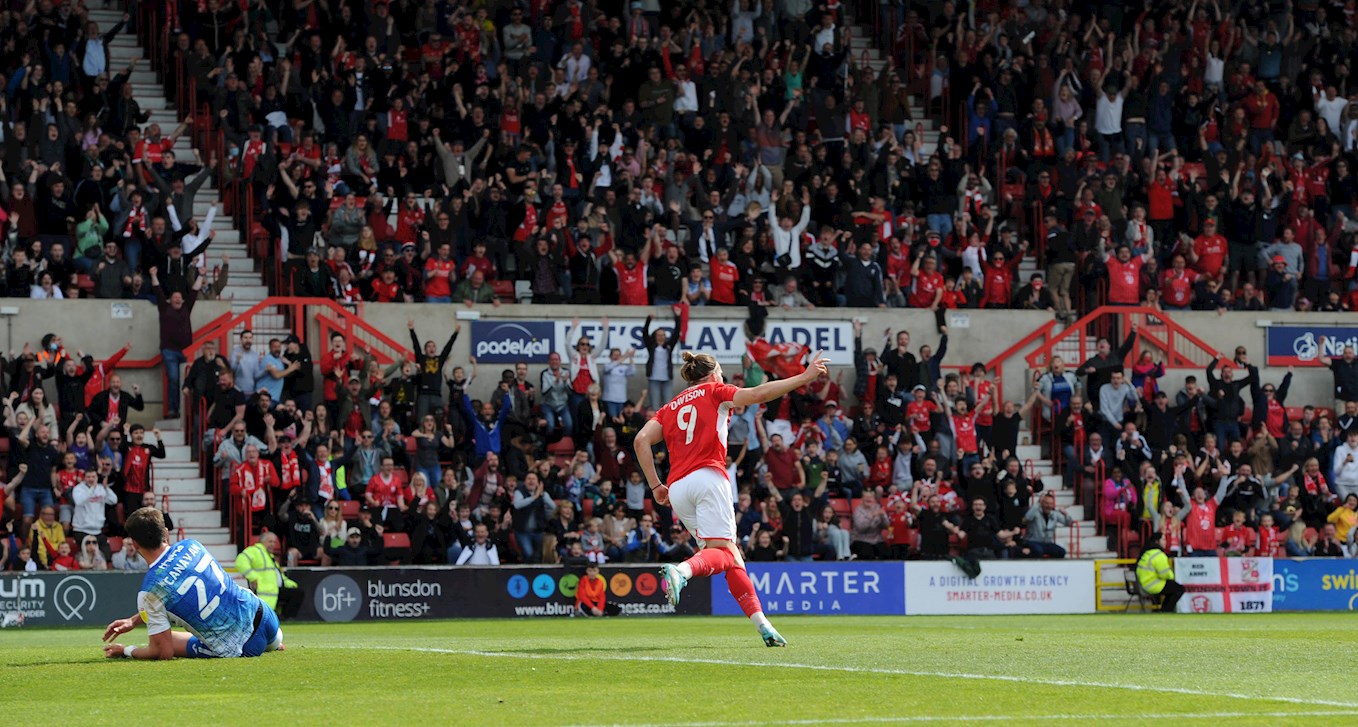 "I thought we played ever so well in the first half, I really did and we just should have been 3 up. We should have been comfortably 3-0 up and then we missed further chances in the second half and they’re a huge threat from set-pieces with the long throws and the balls in and they got that goal and I thought the response from the players, from the crowd, was amazing.

"You know, there are times where stadiums might turn there and jeer and boo and they didn’t. They got behind the team and the response from the players was fantastic and we got what we deserved. We thoroughly deserved it.

"It was fantastic composure and I had a good angle on it. As soon as he hit it I could see that it was in, so yeah, fantastic moment and a huge 3 points for us. We have to make sure it counts next week now.

"We always review it, there’ll be so many positives there but there’ll also be ways that we can improve and the two Scotts (Marshall, Lindsey) with players this week as they always do.

"We’ll have a team review and then we’ll very much look ahead. It’s the last game of the season at Walsall, it’s a huge game and we have got to make sure we go there and perform.

"I thought first half our bravery to play was outstanding. They pressed aggressively, sort of jumping on midfield players and some of our football to play through that - especially in a tight game, because nerves can kick in or a bit of apprehension and we showed courage, we stuck to the way we play and I was really, really proud of that.

"We created so many opportunities. We didn’t score anywhere near as many as we should but there are days like that and we’ve had days like that this season.

"That shows how far this group has come that they didn’t let their heads drop when we conceded the late goal. We responded, got the goal and it was a magical moment.

GARNER ON AKIN ODIMAYO AND THE BACKLINE

"He has got the quality to do that (assist) and I thought he was excellent today in the left-back position, obviously on his wrong side.

"I thought the back 4 were terrific today, standing up to a lot of direct balls and a lot of physicality and we did that really really well. 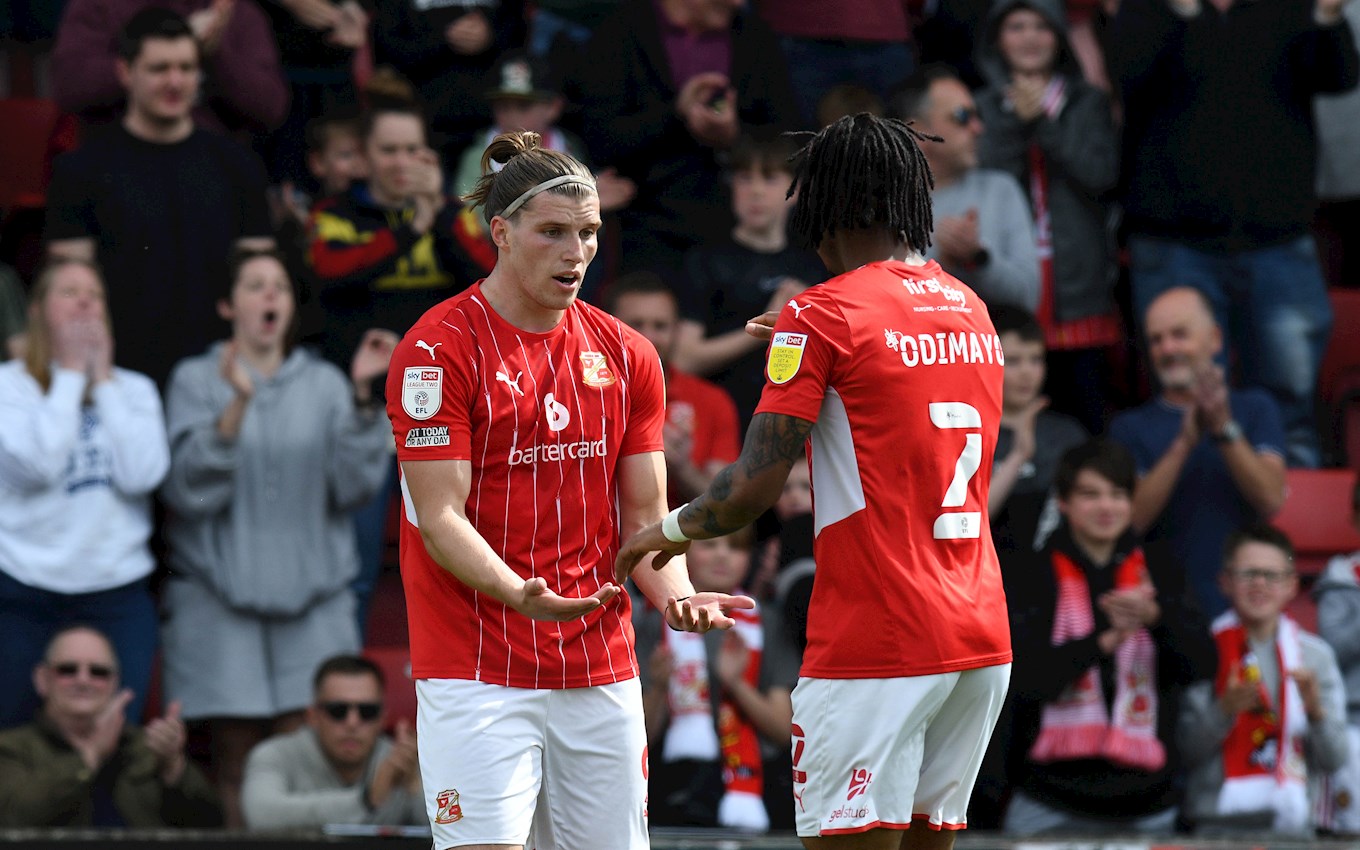 GARNER ON THE 8 ADDED MINUTES

"Yeah, I was scratching my head at that one. Honestly, we had 7 minutes midweek, we had 8 today and 4 minutes of it were for substitutions, the fourth official told me, so that’s a new one.

"When we’re ahead, we’re getting 7 and 8 minutes added on. So, I don’t know where that came from.

GARNER ON HIS TEAM MANAGING THE CLOSING STAGES

"I thought we managed the closing stages really well, especially once it went into injury time.

"So, you can’t be too aggressive and give needless fouls away. We kept our heads, like I said, we managed it really really well. 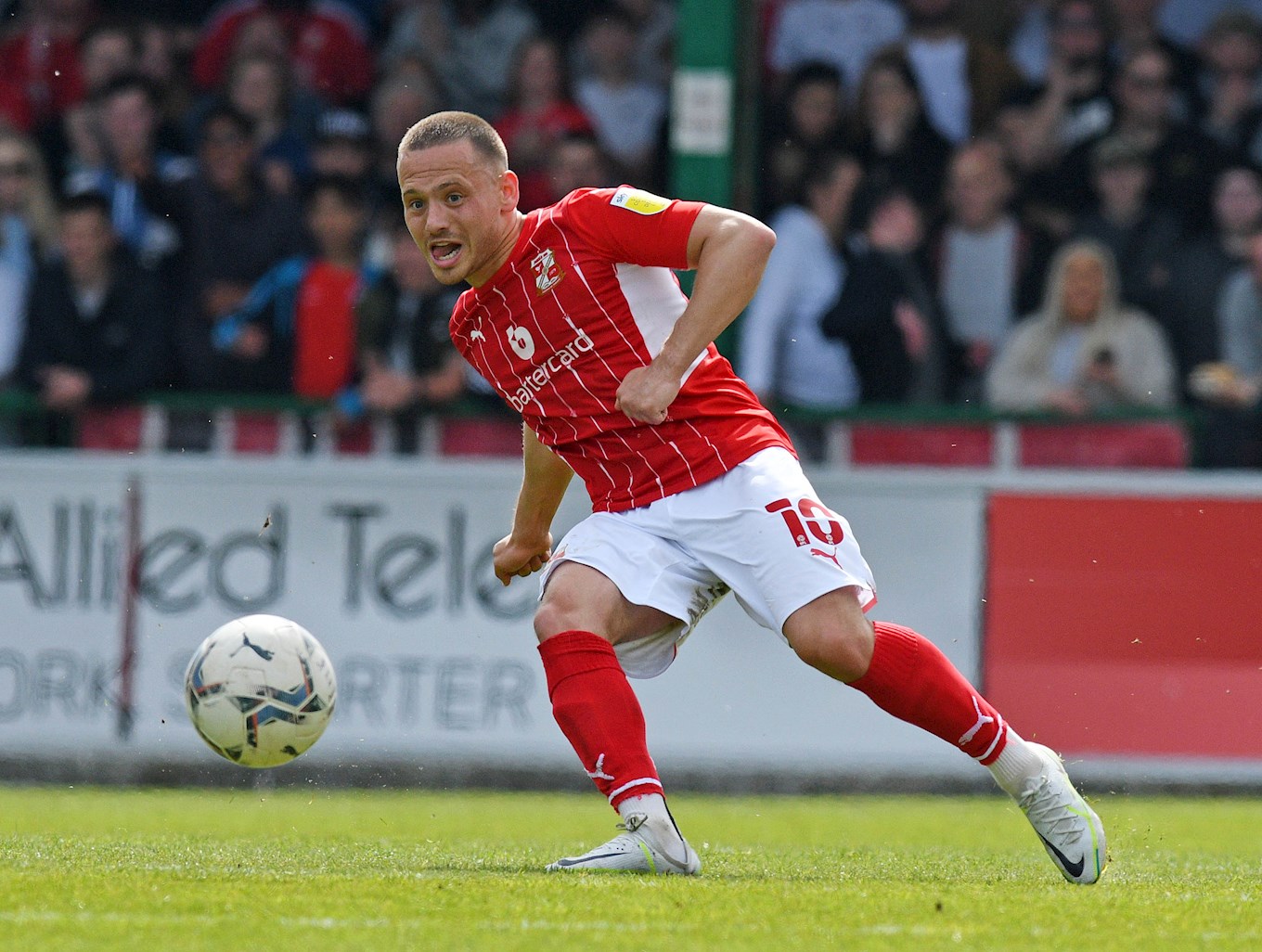 GARNER ON THE LEAGUE POSITION

"We’re still in with a chance for automatics as it stands, so as long as that’s the case, we’ll keep going for that and we’ll attack the teams above us.

"We’ve attacked all season. We go into games trying to win and that will be no different next week.

"We’ve had a really tough game in the FA Cup, a really good performance away from home and then we had probably one of our best home performances against them here but neither of those count for anything going into next week.

"We have to go and perform next Saturday. We will work hard this week to make sure we do that.

"They’ll have a good rest now, they’ll have two days off - Sunday Monday now and then we’ll come in Tuesday and begin work again and prep going into Walsall.

"I want them to go home, spend time with their family and friends and enjoy themselves - in the right way that is - and then we’ll come in and get to work again next week. Exactly what we normally do.

"We’re just keeping it the same as what we always do. Our preparation doesn’t change, we’ll be doing nothing different next week from what we would do in a normal week and we’ve and we've been very consistent with that all season.

"It’s a process that I believe in and the players have bought into it. We’ll stick to that next week going into Walsall.

GARNER ON A LARGE HOME CROWD

"(It makes a) really big difference. Especially the first half when you’re shooting that way (towards the Stratton Bank). It made a huge difference and we played some great football and carved out some great opportunities.

"The support, I’m not sure how many were here today, but someone said over 13,000. For a League Two game, that’s incredible, absolutely incredible. Like I said, the impact, when they scored, our supporters made a huge difference in the game." 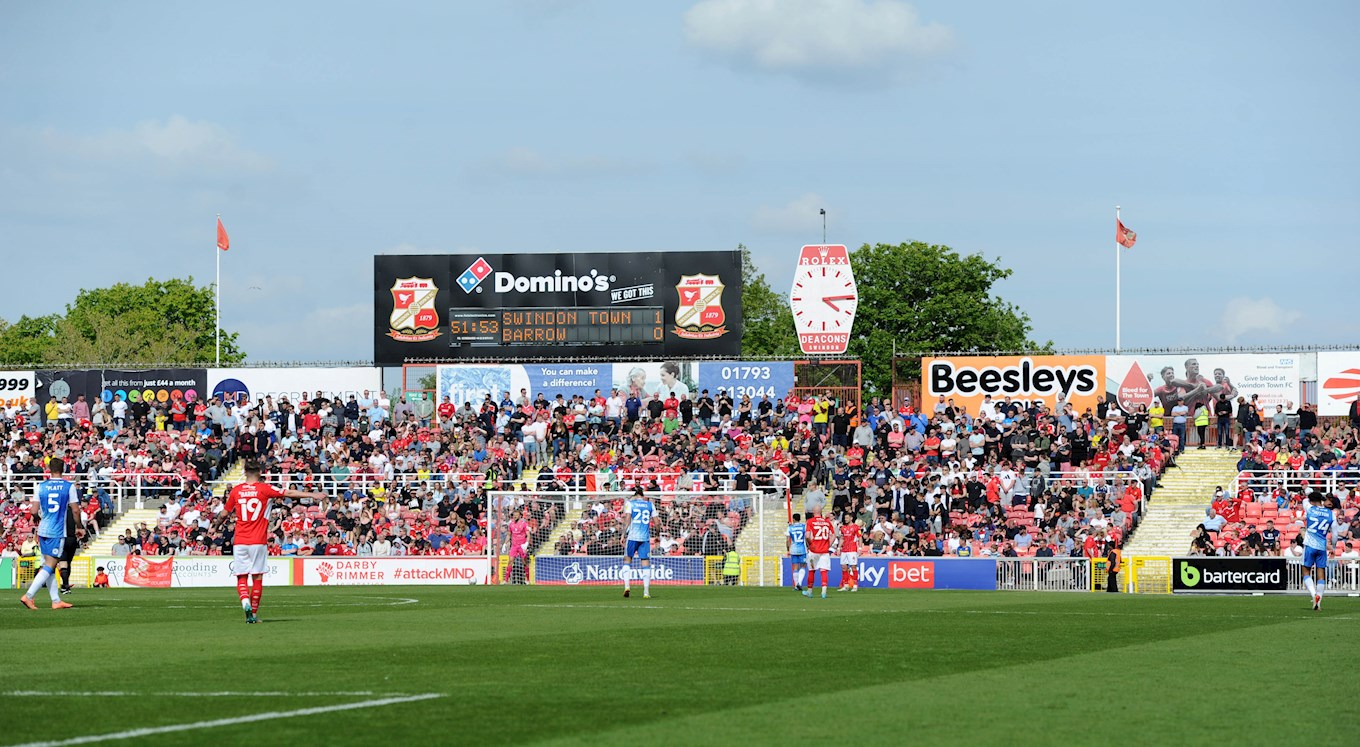