Swindon Town are delighted to announce Jordan Lyden has signed a new two-year deal at the club, ending June 2022.

The Australian midfielder joined the club at the beginning of the 2019/20 season, following his release at Aston Villa, and made 23 appearances as Town were promoted from League Two in his first campaign with the club.

Lyden’s energy in midfield, his forward-thinking with the ball and his passion on the pitch have hugely endeared him to the County Ground faithful.

His highlight for the club so far was undoubtedly his goal away at fellow promoted side, Northampton Town where he arrived onto Eoin Doyle’s floated cross and headed in the winner in front of one of the best away followings of the season.

Born in Australia, the six-foot midfielder started his career in England with Aston Villa back in 2012 before making his professional debut in 2016 in an FA Cup Third Round tie against Wycombe Wanderers.

His Premier League bow followed shortly after as he came on as a substitute against Liverpool. However, his Villa career was set back with injury. Two seasons ago, he made his way back into regular football on-loan at Oldham Athletic before being recalled by Villa in January 2019.

Upon signing his new deal, the 24-year-old said:

“I’m absolutely delighted to sign a two-year extension. This season has been great, being Champions and getting promoted to League One and that just shows the direction the club is going. The Gaffer has played a huge part in me staying too. He gave me the opportunity to play a lot of games in the last year.

“I can’t wait to get going next season. But the main thing is getting going with fans, whenever that may be, so they can see us kick on in League One, which I’m sure we will do.” 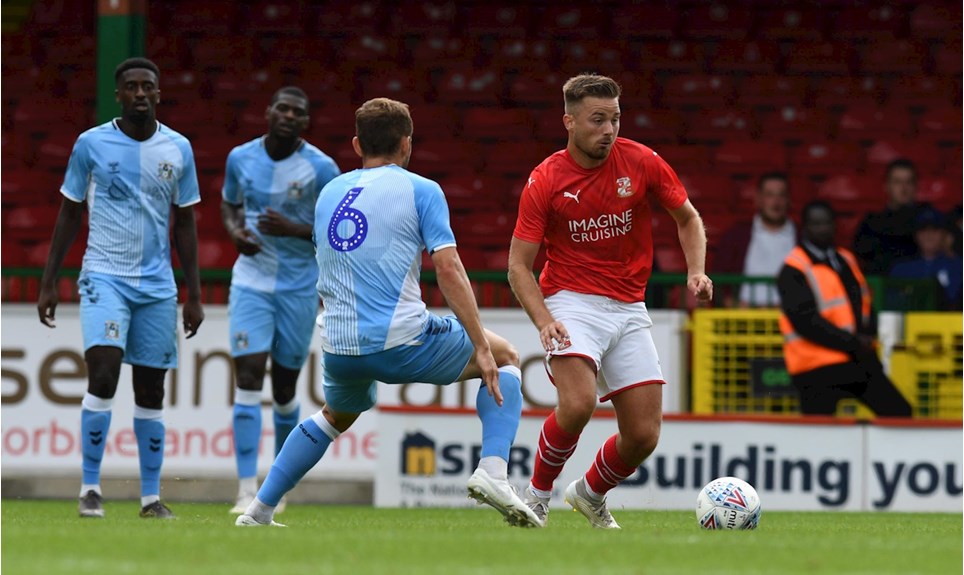 
New signing, Jordan Lyden believed that Swindon matched their League One opponents well despite Coventry’s 2-0 win at the County Ground on Saturday.

Davison out to fill the net for Town


Josh Davison has made it clear that his main mission for Swindon Town will be to score goals in order to help his new team.