Following what was a scoreless first-half, the impressive Joe Tomlinson gave the Reds a well-deserved lead just shy of the hour mark.

However, Jevani Brown's stunning effort made it a tied game late in the second-half, and Timothee Dieng struck moments later to gift Exeter a big three points.

Town Head Coach Ben Garner made three changes as Joe Tomlinson came in to make his debut, while there were also starts for Akin Odimayo and Jonny Williams.

Dion Conroy wasn't in the matchday squad, with Rob Hunt taking on the Captain's Armband, and both Ellis Iandolo and Ryan East dropped to the bench.

Louis Reed served the first of a two-game suspension, and there was also a welcome return to the fray for Mathieu Baudry, who recovered from a long injury lay-off.

It was a lively start to the game with attacking football looking to be the main dish of the day for both teams, and there was plenty of early action.

Exeter had a spell of pressure but were unable to make it count, while Harry McKirdy latched onto a long clearance at the other end, but his shot from a tight angle crashed into the side netting. 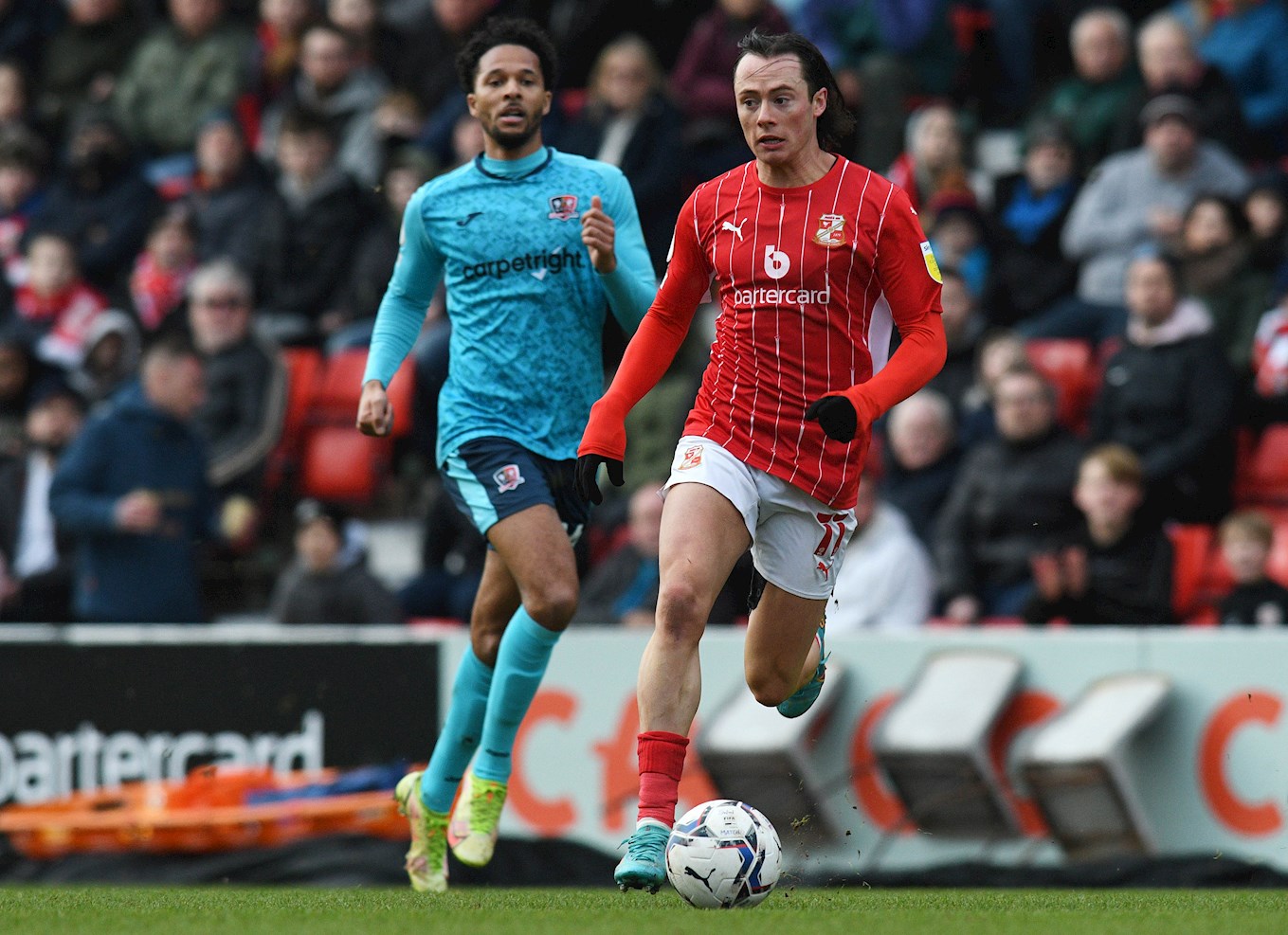 Jonny Williams gave the ball to Joe Tomlinson, who dug it out from under his feet, before unleashing a shot towards goal, but Cameron Dawson was able to gather in the away goal.

Tomlinson was impressing on his debut and he came close again after being found inside the box, cutting in before curling a shot inches over the bar.

He was continuing to cause problems as he latched onto a back-heel from McKirdy before whipping in a superb cross which just evaded a teammate.

Jake Caprice was teed up by Jevani Brown before curling a shot into the arms of Jojo Wollacott for the visitors, before Kieran Phillips glanced a header just wide.

And that proved to be it for the first-half with nothing separating the two teams at the break, with all to play for in the second-half. 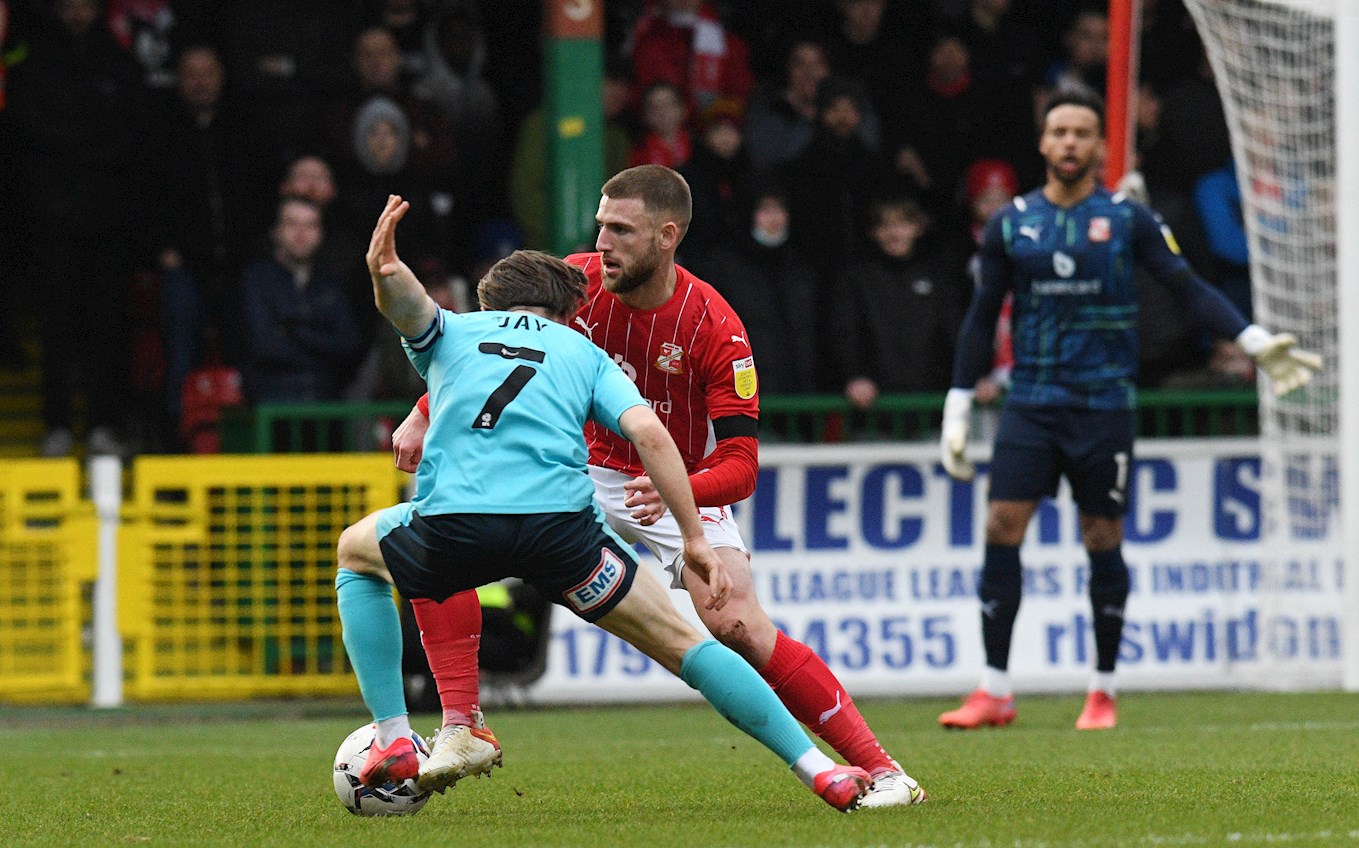 Town started the second-half the better of the two teams and they nearly took the lead thanks to some typical McKirdy magic.

The forward took the ball and charged towards goal, weaving his way through the visiting backline like a hot knife through butter, before drawing a superb stop from Dawson.

And Town took the lead just shy of the hour mark, with Tomlinson cutting in before unleashing a low strike into the bottom corner to cap off what was a superb debut.

Wollacott then had to be alert in order to push an absolute pile-driver from Timothee Dieng onto the bar as the visitors looked to muster up a quick response.

Town made their first change of the afternoon as Ellis Iandolo replaced Jordan Lyden, before another quickly followed with Josh Davison making way for Louie Barry.

Matt Jay had a couple of chances with the visitors pressing, but he could only fire a shot at Wollacott before his glanced header was also claimed by the Town keeper. 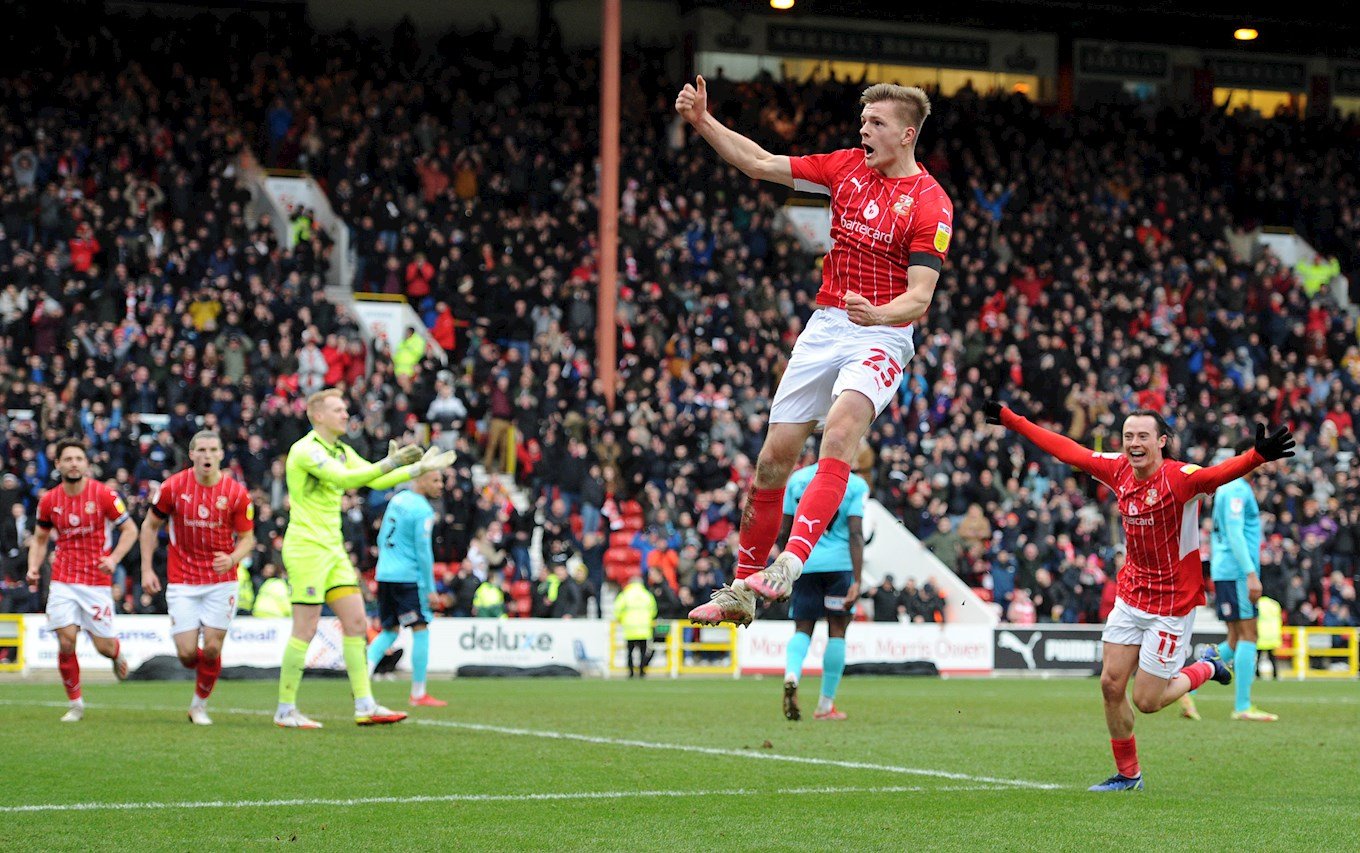 But Exeter did restore parity late on, thanks to Jevani Brown who unleashed an unstoppable strike past Wollacott from distance.

And the Grecians were not done there, either, as they took the lead moments later with Dieng's low strike from the edge of the box nestling into the back of the net.

Town tried to go all out by replacing Akin Odimayo with Jayden Mitchell-Lawson in stoppage time, while Wollacott pulled off a good save to deal with Jay's bullet of a shot.

And that proved to be that with two late goals inflicting late heartbreak on Town who looked to be in control, while Exeter left Wiltshire with a huge three points.